Which Process is Used to Protect Transmitted Data in a VPN? 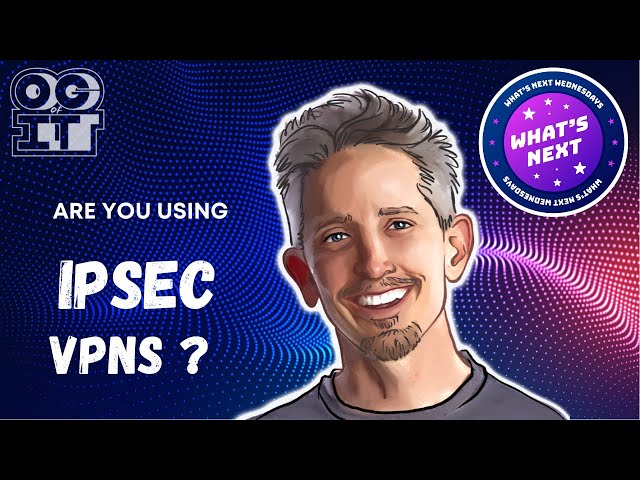 A Virtual Private Network (VPN) is a type of private network that allows remote users to access a secure, private network over the Internet. This type of network is often used by businesses and organizations to give employees access to sensitive data and applications from anywhere in the world. In order to keep this data safe, a VPN uses various security measures to protect transmitted data.

One of the most important security measures used by a VPN is encryption. Encryption is a process that encodes data so that it can only be accessed by authorized users. When data is encrypted, anyone who tries to access it will be unable to read it. This makes it much more difficult for hackers and other unauthorized users to steal sensitive information.

Another security measure used by some VPNs is called “tunneling”. Tunneling creates a private “tunnel” between the user’s device and the VPN server. This tunnel is encrypted, which means that any data transmitted through it will be protected from eavesdropping. tunneling can provide an extra layer of security, but it is not always necessary.

Some VPNs also use authentication methods such as passwords or digital certificates to make sure only authorized users can access the network. These methods can help prevent unauthorized access, but they are not foolproof.

Overall, using a VPN can be a very effective way to protect your data from interception or theft. However, it is important to remember that no security measure is perfect and no system is 100% secure.

In order to protect transmitted data, a VPN uses one of three main types of VPN protocols, depending on the level of security needed. The most common and secure type of VPN protocol is the IP Security protocol, which is also known as IPSec.

IPSec uses a variety of cryptographic algorithms to protect data traveling between devices on an IP network. In order to use IPSec, both participating devices must have support for the suite. This is typically accomplished through an IPSec-compliant software implementation or dedicated hardware appliance.

There are two main modes of operation for IPSec: transport mode and tunnel mode. Transport mode is typically used for end-to-end protection of data, while tunnel mode is generally used to create VPNs.

IPSec can be used in a number of different configurations, but the most common are Internet Key Exchange (IKE) and manual key. IKE uses the Diffie-Hellman key exchange algorithm to generate shared secret keys between participating devices, while manual key requires that both keys be generated manually and entered into each device.

Layer 2 Tunneling Protocol (L2TP) is a VPN tunneling protocol that offers better security than PPTP. L2TP uses 256-bit encryption, which is significantly stronger than the 128-bit encryption used in PPTP. In addition, L2TP uses stronger AES encryption for data integrity than PPTP. However, L2TP is not as secure as OpenVPN because it uses a preshared key instead of public key encryption. As a result, L2TP is not recommended for use with sensitive data such as financial information or personal information.

##Heading:Point-to-Point Tunneling Protocol (PPTP)
##Expansion:
Point-to-Point Tunneling Protocol (PPTP) is a VPN tunneling protocol that offers better security than PPTP. PPTP uses 256-bit encryption, which is significantly stronger than the 128-bit encryption used in PPTP. In addition, PPTP uses stronger AES encryption for data integrity than PPTP. However, PPTP is not as secure as OpenVPN because it uses a preshared key instead of public key encryption. As a result, PPTP is not recommended for use with sensitive data such as financial information or personal information.

PPP happens at layer 2 in the OSI model while IPSec operates at layer 3 and above.. In order to makeIPSec work over PPP connection – special mode called “transport mode” exists

Transport mode encrypts only the data portion (payload) of each packet but leaves the header untouched since the authentication takes place at network level below transport.. Transport mode IPSec can therefore be used only over IP networks (for example: LANs), where every node has an IP address assigned by network administrator and end nodes are aware of each other’s IP address

Point-to-Point Tunneling Protocol (PPTP) is a network protocol used to create VPNs. It uses a Point-to-Point Protocol (PPP) connection to tunnel data through an intermediary server. This type of VPN is fast and easy to set up, but it isn’t as secure as other protocols because it doesn’t use encryption.

The Process of Data Encryption in a VPN

Data encryption is the most important process in creating a VPN connection. This is because the data that is being transmitted through the VPN is encrypted, which means that it is not readable by anyone who does not have the encryption key. This process is what makes a VPN connection secure.

Data Encryption in an IPSec VPN

When data is transmitted over a VPN, it is first encapsulated in a layer of IPsec encryption. This ensures that the data is protected fromend to end, and that no one in between can read or tamper with it. The encryption used by IPsec is extremely strong and virtually impossible to crack.

L2TP uses a stronger form of encryption than PPTP, and is therefore more secure. However, it is also more resource intensive, and can therefore be slower. PPTP is faster, but not as secure.

The Choice of Protocol Depends on Your Needs

Data Encryption in an L2TP VPN

The data packets in an L2TP VPN are encrypted by the outer tunnel, then protected by IPsec in the inner tunnel. The encryption of each packet is done using a different key, which makes it very difficult for a hacker to decrypt all of the packets.

Data Encryption in a PPTP VPN

Data encryption is the process of transforming readable data into an unreadable format. This is done to protect the information from being read by anyone other than the intended recipient. In a Point-to-Point Tunneling Protocol (PPTP) VPN, data encryption is performed using the Microsoft Point-to-Point Encryption (MPPE) protocol. MPPE uses the Rivest-Shamir-Adleman (RSA) RC4 stream cipher, with a 128-bit key, to encrypt data.

There are many factors to consider when choosing a VPN provider, but the most important feature is the level of security they offer. A good VPN will use a variety of security protocols to protect your data, including OpenVPN, L2TP/IPsec, and PPTP.